If you have a swimming pool ionizer then this is important. You may run into some pool ionizer problems if you are new to how these things work and have never used one before. And they can be potentially serious, although things shouldn’t get that out of hand.

The main problem that you can have when using a pool ionizer comes from overuse. If you leave it in your pool for too long, it will create too high of a ion content, which can be problematic. But the ionization process is very slow, so don’t panic. 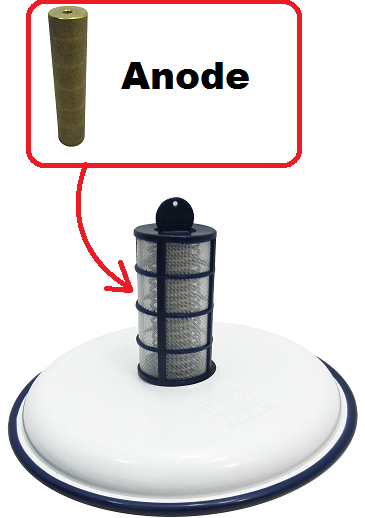 So as you may know. The ionizers have an anode, which is a type of electrode. Some pool ionizers just label this as an electrode and thats it. The anode that they use is usually cylindrical in shape, and is composed mainly of copper and silver, although you may find some that have some other metals in them as well.

The ionizers use electricity to produce ions from these anodes. The electricity erodes the anode as thats how it breaks off ions. The whole process is called electrolysis.

The Problems With Ionization

You should have no problem if you operate your pool ionizer as intended.

But if you keep your ionizer running too often, this is a problem.

Your goal is to get the ions in your pool to a certain level, and then to maintain that level. But if you run the ionizer too often your ion concentrations will get too high, and this is where you run into trouble.

The high concentrations of the ions will cause them to be oxidized by the chlorine in the pool (which you still should be using a small amount of).

If you are running your ionizer too much the first sign that you will be able to see with your eyes is a green tint to your water. This comes from too high of a copper ion concentration and oxidation occurring. This coloring can stain everything, your liner, your clothing, towels, hair, etc.

It can also be hazardous, but it shouldn’t get that out of hand.

Don’t Panic If You Are Using a Pool Ionizer

They produce ions at an extremely slow rate. It will take you a while to reach your goal of copper ion concentration, which is around 0.2 – 0.3 ppm (parts per million). So its not like running it a little extra is going to cause a problem.

You just need to make sure you have an ion concentration testing kit. Most pool ionizers come with one so that you can monitor the ion levels and keep it running appropriately.

So obviously once you first start using an ionizer you are going to have to run it extra to get the ion concentration up to the suggested level. Once you reach that level you can back off on the ionizer use in order to maintain the level.

If you keep an eye on your ion levels you won’t have a problem, or at least you shouldn’t. The 0.2 – 0.3 ppm for copper ions, which is your goal, is very low. Much lower than it would be if your pool was turning a green color from too high a concentration.

And like I said, the ionizers work at a slow pace. Getting too high ion levels isn’t something thats going to happen over night.

If used properly, ionizers are a great piece of pool equipment. They can keep your pool clear and algae-free without all the chemical use, such as chlorine. They can reduce any pool owners dependence on chlorine. And as far as how much, that depends on your pool size. Generally they can reduce your chlorine need by around 60 – 80%.

And maintaining them is about as simple as it gets. Most of the pool ionizers today are solar powered and float out on top of the water with an anode beneath them into the water (the Floatron is probably the best). These are awesome because the only thing you have to do is clean the anode every once in a while (not often).

We Help You Save Money In An Environmentally Friendly Way!​

Get notified of awesome product deals we find as well as important pool owner tips!

Iconic One Theme | Powered by Wordpress